Alcohol use has been linked to various long and short-term health problems. It could be related to the development of UTIs or Urinary Tract Infections in some people, but alcohol typically does not cause them directly. However, it can increase the risk of developing UTIs because it impairs the immune system and causes issues with regulating blood sugar.

These infections occur more frequently in women because their urethral openings are shorter and closer to the anus than in men. Urinary tract infections typically affect the urethra or bladder and are caused by E. coli and other gastrointestinal bacteria. Factors that can raise the likelihood of contracting UTIs include:

Can Alcohol-Consumption Cause UTIs? 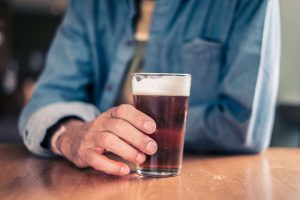 Taking alcohol does not cause UTIs directly, but it can increase the risk of UTI occurrence for specific reasons. Alcohol can reduce immune system function, making it harder to fight the bacteria that cause UTIs if they get into the urinary tract. It affects immune function by interfering with various chemical signals and immune system cells. People who take alcohol generally get more infections than those who do not drink. A higher number of sexual partners combined with repeated sexual activity can also raise the risk of developing a UTI.

Alcohol consumption can lead to bladder pain even if the individual does not have a UTI. The pain seems to result from the alcohol’s high acidity levels, aggravating the bladder lining. This irritation of the bladder, also called cystitis, can also feel like a UTI and be confused for a bladder infection. Cystitis may develop from several causes, most commonly UTIs. The symptoms of cystitis are similar to those of a UTI, including abnormal smelling or colored urine, the frequent urge to urinate, pain during urination, and pelvic discomfort.

There is a significant difference between a UTI and bladder discomfort. Irritation in the bladder can be caused by reasons that exclude an infection, but having a UTI may also cause bladder pain. Substances such as alcohol may also inflame the bladder, so experiencing pain after drinking may not always signify that you have an infection.

Other vital elements to consider when treating UTIs include rest, antibiotics, proper nutrition, and adequate hydration. Alcohol has diuretic properties meaning it can lead to dehydration. Keeping off of alcohol while treating a UTI can improve healing and help to prevent dehydration. Eating properly and resting can also aid in the recovery process. Avoiding alcohol also helps with proper food intake and adequate sleep.

Other fluids to avoid in order to reduce bladder inflammation include sodas, coffee, tea, and other caffeinated drinks. This is because caffeine also has diuretic properties and can increase the frequency of urination.

Interactions between Antibiotics and Alcohol

It is usually advisable to avoid taking alcohol when you are on antibiotics to treat a UTI. Most drugs, antibiotics included, have interactions with alcohol when taken together. The symptoms may not be severe in most cases, but most antibiotics can lead to a stomach upset. This can be intensified with accompanying alcohol consumption. Sometimes alcohol can affect the effectiveness of an antibiotic resulting in unpleasant side effects and other symptoms ranging from severe to mild. Bactrim (trimethoprim/sulfamethoxazole) is a commonly used medication for UTIs. The drug interacts with alcohol leading to problems in the body’s ability to metabolize folic acid. This can also affect the production of blood cells.

Linezolid is another antibiotic less frequently used in UTI treatment, and it also interacts with alcohol because of an ingredient in some wines and beers known as Tyramine. The interaction is uncommon, but it can lead to fever, seizures, muscle problems, increased blood pressure, and a higher heart rate.

Fluoroquinolones are antibiotics that can raise the risk of seizures and mental issues in certain patients; this can be worsened by continuous alcohol use. Examples of these antibiotics include Levoquin (levofloxacin) and Cipro (ciprofloxacin).

Metronidazole is also another antibiotic medication that commonly interacts with alcohol. Even though it is not typically used to treat UTIs, it is not good to mix the drug with alcohol because it can lead to headaches, cramping, vomiting, and severe nausea.

During UTI treatment, your physician can also suggest taking plenty of liquids to flush the urinary tract of bacteria.