The high associated with cocaine abuse is so euphoric that those struggling with addiction cannot walk away from cocaine abuse without intervention. This high is why it is so easy for one to slip into addiction even when they consider themselves occasional and social users.

A cocaine high has psychological effects that affect how one feels emotionally and thinks. Also, it causes physical changes such as dilating of the pupils, tingling, and numbness. These are because the drug acts on the nervous system and brain of the user.

The effects of cocaine also vary from one person to another. While individuals who use the drug share similar experiences while high, some might have a much stronger drug reaction. This is because we all have unique physical, metabolic, psychological, and emotional make-up. The same amount of the substance consumed by one individual could cause an overdose in another. 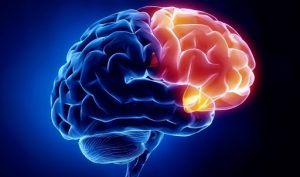 There are many psychological effects associated with cocaine abuse, the first being euphoria. This is a feeling of intense pleasure. Imagine the excitement you feel after accomplishing something great or receiving great news. The drug stimulates the same kind of feeling in your brain, making the user feel like they are at the top of the world.

The other psychological effect is self-confidence. Cocaine forms an illusion of one being better than they are. It builds a superiority complex in the user; a state referred to as grandiosity. Individuals with low self-esteem particularly enjoy this feeling while high on the drug. While under the influence of coke, they tend to be very bold, confident and bordering on arrogance.

Sadly, the false confidence doesn’t last. As soon as the high goes down, the user sinks back into a state of worthlessness. It can also affect relationships with family, friends, and colleagues as one is likely to be a nuisance while in that state.

Sociability is another side effect of the high caused by the drug. This makes cocaine users feel unusually energetic and become more sociable. This can easily lead them to get into relationships and friendships with other addicts and questionable characters that could get them into more trouble. Since the drug impairs one’s ability to reason, one will not be able to make the right judgments where their social interactions are concerned.

While a cocaine high can cause one to become overly gregarious and talkative, it could also lead to restlessness, outbursts, anxiety, and hyperactivity. It can cause paranoia to start feeling, seeing, and hearing things that are not real in worse situations. This is also referred to as hallucinations or perceptual disturbance. 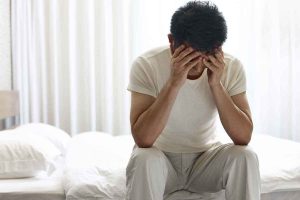 Cocaine physically stimulates the body, and those under the drug’s influence feel differently from other people. When under the influence of the drug, one experiences rapid breathing, a faster heart rate, a feeling of being too cold or too hot, and nausea and muscle weakness.

While the physical effects of cocaine intoxication are generally unpleasant, over time, a person struggling with addiction might start to associate these symptoms with those that induce pleasurable feelings when high. Because the drug alters the brain, it is not surprising for someone suffering from addiction to begin tolerating or even taking pleasure in the physical symptoms associated with cocaine.

The Strength in Cocaine

Since cocaine is illegal, it would be challenging to determine how strong it is. This is one of the main reasons why some people overdose after consuming more than they intended. Furthermore, as one builds tolerance, they take higher and higher doses of the drug and withstand the higher doses.

Most people struggling with cocaine addiction also consume other substances such as prescription drugs and alcohol. The effects of this combination are many, and it is difficult to ascertain which effect is directly linked with cocaine use or the extent to which it will affect you.

When individuals abuse the drug for a long time, they start experiencing the opposite effects while under the influence. Instead of getting the euphoric feeling, they might experience sadness, extreme emotions, and withdrawal. This could be very frustrating for the user, primarily if they used the drug to manage depression, gain confidence, feel happy and socialize.

If a user gets to this point, getting professional help before the frustration pushes them to the edge.

Getting help for Cocaine Addiction

When individuals are struggling with cocaine addiction, they may not be aware that they have a problem. More often than not, they think that they are in control and that everyone else is fussing. Consequently, they might resist seeking or accepting treatment.

Staging an intervention is one way of helping your loved one recognize that they have a problem and perhaps accept to get help. During the intervention, family members and close friends highlight specific incidents and behaviors that demonstrate that the person is spiraling and need to get help before things get out of control.

While interventions usually work, they are not guaranteed that your loved one will accept to get the much-needed help. If they are prone to violent outbursts, suffer from a mental illness, or have extreme moods, it is best to involve a professional intervener for additional support.

Many rehab centers treat individuals struggling with cocaine addiction. Consult a qualified physician who can help diagnose your loved one and propose the ideal treatment center to increase their chances of beating the addiction.

Aftercare treatment is also imperative to prevent relapses. Because treatment for addiction is accompanied by severe withdrawal symptoms, some of which can be life-threatening, it is advised that treatment be done in a facility with qualified physicians.

The journey of recovery is long and difficult. Your loved ones will need a lot of patience and understanding to overcome. Encouraging them to join support groups is also vital in aiding their recovery.