California easily ranks as one of the most beautiful states in the United States. From beautiful sandy beaches and breath-taking vineyards and majestic mountains, California is exquisite. However, that is not all this stunningly beautiful state is known for.

California is what people would readily call a marijuana-friendly state. The fact that the state borders Mexico probably played a part in its acceptance of the drug. This is because Mexico has been known to sell the drug over the border for a long time.

It also borders the Pacific Ocean, making it easy to traffic illegal drugs into the same state.

Long before any state had legalized the use of recreational or medical marijuana, it was home to illegal (at the time) Cannabis farms. 1996 would mark the year of change, for not just California, but many other American states that would follow suit. 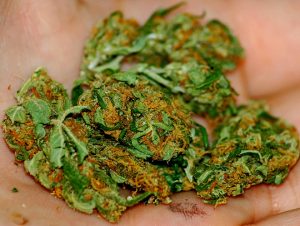 It should be noted though that medical Marijuana is administered to patients that need it. Only certain medical conditions will warrant the use of medical marijuana.

When it comes to recreational Marijuana, all you need is a valid ID and be over 21 years of age. Having met the aforementioned criteria, you can walk into any store that sells recreational marijuana without getting arrested. Additionally, adults are allowed to, not only use and distribute the drug but grow and cultivate it in their homes.

The legalization of the use of Cannabis in the state of California raises a few questions. Did it lead to more usage of the drug? Have the numbers of marijuana addicts increased since then? In this article, we shall be focusing on Marijuana addiction in California.

Before we get into it, what is Marijuana?

Marijuana is a drug that is scientifically referred to as Cannabis. This is because it is extracted from a plant with the same name: Cannabis Sativa. It is also known by many other names such as weed, pot, joint and dope just to name a few.

There are two main ingredients found in the drug:

THC is the main psychoactive chemical compound that interacts with the brain and encourages the release of dopamine. This is what leads to the euphoric high the users of Marijuana experience. THC also interferes with the normal functioning of the hippocampus, leading to other symptoms.

For instance, it can cause memory lapses, hallucinations and inhibit sound judgement. These effects alone are enough to put the Marijuana user in a lot of danger. 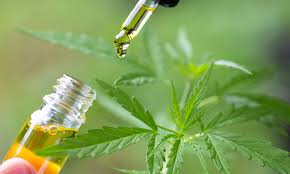 CBD, on the other hand, is not psychoactive. In other words, it is not responsible for the high marijuana users experience. Research has shown that CBD is quite useful for medicinal purposes.

It has been found to contain anti-inflammatory, anti-epileptic and neuroprotective properties. Many oils containing CBD are now used for pain relief as well. This is one of the reasons opioid use in California and other states has reduced drastically.

An opioid is often used for pain relief. However, it is highly addictive and has led to the deaths of many in America. The sharp decline in its use is a positive that has come from the use of CBD.

Additionally, CBD has been found to help with mental illnesses such as PTSD, anxiety and depression. This is probably one of the reasons medical marijuana was legalized.

Statistics on Marijuana Use in California

Marijuana ranks as the top-most used drug in California. The legalization of both recreational and medical marijuana may have impacted what people think of the drug. Research has shown that individuals operate on the belief that it is not addictive.

The federal government had been reported trying to spread the information on the dangers of the drug. However, it all fell on deaf ears as people continue to hold on to their false belief. Granted, one does not get addicted to the drug as quickly as meth or cocaine. Yet, with steady use of the drug, it catches up with you.

What do the statistics show? 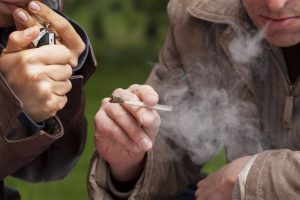 According to research, statistics show that at least 35% of the population in California use Marijuana. Research also predicts that legalization is likely to increase the use of Marijuana among adults and teenagers alike. Perhaps even younger, given the immense availability and accessibility of the drug.

The legalization of Marijuana saw an increase in stores that specialize in Cannabis. This has not helped in keeping the teenagers that are eager to experiment away from the drug. Hence, the National Institute on Drug Abuse reported that the daily use of Marijuana among teenagers in 2018 was the highest ever recorded in 30 years.

This is alarming, to say the least.

A recent report highlighted that at least 40% of the teenagers that make up the Californian population have tried it. It continues to state that at least 34% of individual’s aged between 18-25 have used Marijuana since its legalization. The earlier you start using Marijuana, the more likely you are to get addicted to it. With the statistics that we’ve just mentioned, it’s safe to say that the number of marijuana addicts might increase over time.

Other than the legalization playing a part in the surge, Dr David Smith suspects that another factor may be at play. Dr Smith told the PEW that the potency of the main psychoactive ingredient has increased to 20%. This is due to selective breeding.

Therefore, the chances of more and more people getting addicted to Cannabis are higher.